Treasures in the Basement 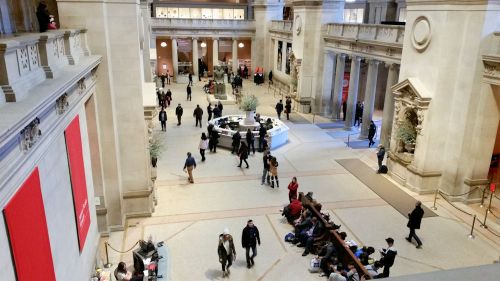 One of my favorite places to visit in the world in the Metropolitan Museum of Art in New York.  I always manage to squeeze in a visit every time I’m in the city.  I’ve been there so often that I know the best/least crowded entrance.  And I always go straight to visit my favorite paintings and sculptures.

Generally after visiting the European galleries on the second floor to say hello to the Van Goghs and Monets, I make my way over to the American wing to visit the Sargents, Cassatts and other American painters. 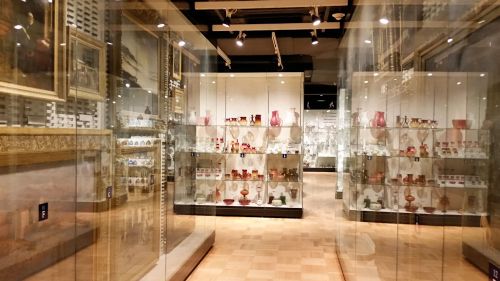 The Henry R. Luce Center for the Study of American Art in the lower level of the Metropolitan Museum of Art

However, several years ago, I discovered a “secret” basement area where many treasures are stored which are not on display. Officially called The Henry R. Luce Center for the Study of American Art, there are cases filled with costumes and glassware, china and silver, and a whole lot of furniture.  And, to my surprise, I discovered cases filled with some extremely famous paintings by some of my favorite painters.  It’s a marvel to think that this museum has so much artwork that they can’t even display it all!  But I guess that many pieces are circulated to international exhibits so they always have some replacements available.

Cassatt paintings “in the basement” at the Met. 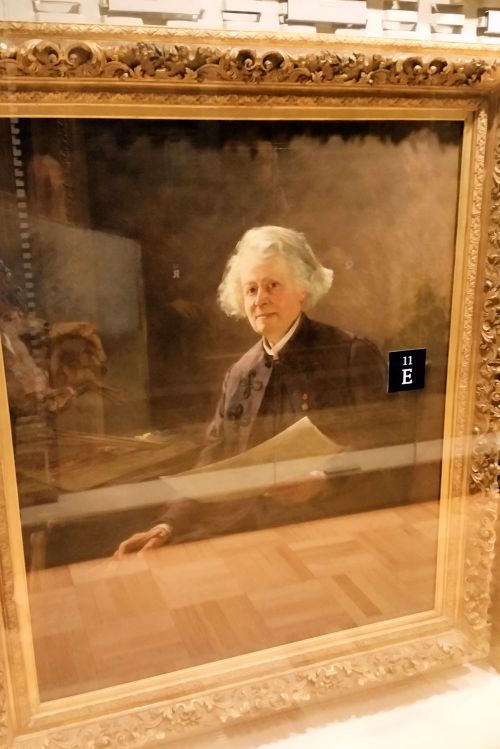 Portrait of Rosa Bonheur (The Horse Fair) by Anna Klumpke

Last year I discovered many of Mary Cassatt’s most famous pieces, a portrait of the painter Rosa Bonheur (The Horse Fair), and a large painting by Edward W. Redfield of the American Impressionist group. This doesn’t begin to cover the paintings crammed into this area.

Edward W. Redfield painting on display in the Luce Center at the Met

So, next time you’re visiting the Met, make sure to try to find this subterranean treasure trove.  If you get close to the American Wing, you may have to ask for directions on how to get there.  I usually enter from the North side of the café court.