This is the largest painting in my Intimate Space – Beach Series of paintings.  It was planned out months in advance as a whole series but each painting was approached in a separate manner.

Painted on stretched linen, it is 50 x 34, and is gessoed and has a red ground painting. I often use this under painting to add a little liveliness to the whole piece, especially where bare canvas peaks through.

Before I began, I did several drawings, including a NOTAN study (black and white) when helps me to focus on composition and the key elements of the painting.

Exodus – step 1. Canvas toned with reddish orange. After a careful drawing, starting on the sky as one of the largest areas to paint.

After a careful drawing of the entire painting onto the canvas, I usually begin with laying in the darks.  However, in this case, I painted in the skyline first. Then I did the darks and kept carving into more spaces. Apologies for the glare on the canvas from my easel light.

Exodus – step 2. Laying in the darks and some of the background. I usually try to cover as much canvas as possible before I start working on the details.

The largest areas – sky and sand – are painted very roughly in impasto. I usually use several layers to achieve this effect.

Then I began to firm up the figures and the background.  At this point, the painting usually looks like a real mess but I’ve learned to persevere. It will come out alright in the end. 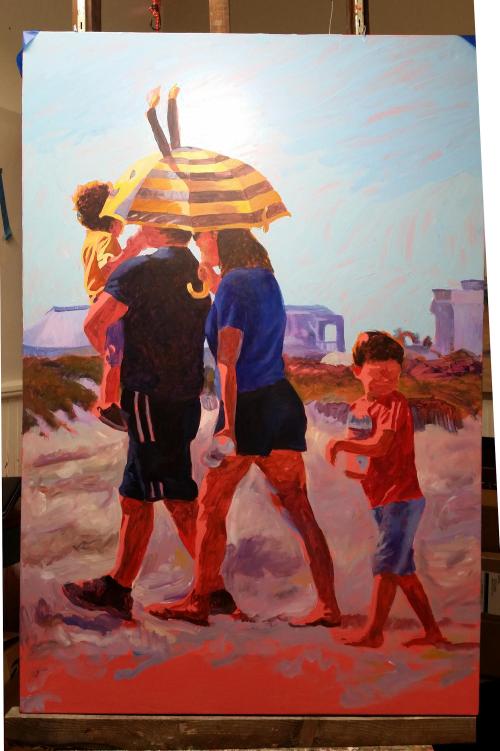 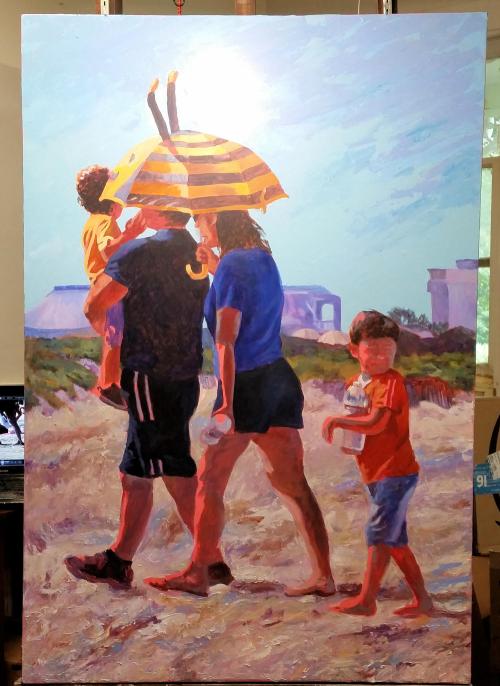 The final details actually took the longest time as I kept coming back, firming up details (or sometimes eliminating them).  A little more contrast here, another highlight there.  It’s not an exact science.  Even now, I may tweak it some more before I am ready to exhibit it.