Posted on August 23, 2017 | Comments Off on Night visitors and animal thieves

Living in the country, we often have furry visitors, especially at night, and especially when the garden comes in.

This year the raccoons ate ALL the peaches!  Dang!  And they took out the entire second crop of sweet corn.  Fortunately, we were able to put up some from the first planting. 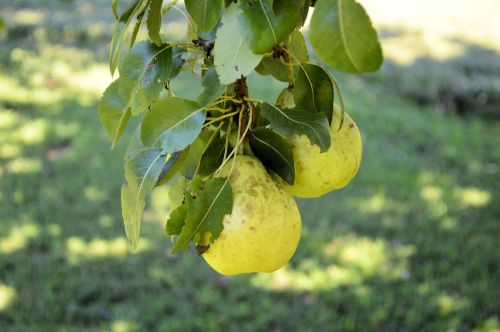 Pears on tree in the orchard.

This year our pear trees are giving us an abundant crop.  The branches are drooping with the heavy fruit.  I put up two buckets of pears this week which will taste pretty good in a cobbler this winter.

Unfortunately, a lot of other critters like this fruit.  My dog barks at night at the invaders but since he is tied up at night (due to his penchant for visiting the neighbor’s chickens), he can only bark. (And keep us awake.)

So, I set up the deer cam to see who was grabbing his attention.  I expected to see a lot of raccoons but was surprised at what I did see.

A family of foxes visits often  They eat a lot of windfall but, like the fox in Aesop’s fables, they will try jumping up to grab a low-hanging fruit. 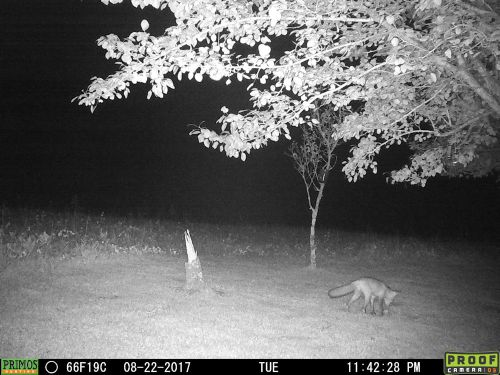 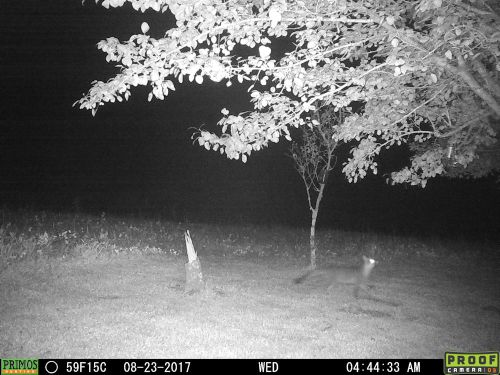 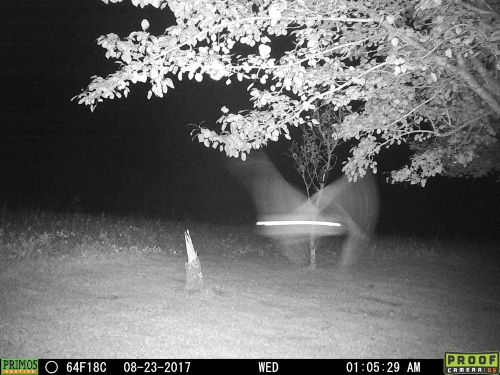 But the real surprise was the coyote who has become a frequent visitor.  I think this is a female based on the size compared to my dog.  Also, she is probably feeding pups as she returns many times, even during the day. 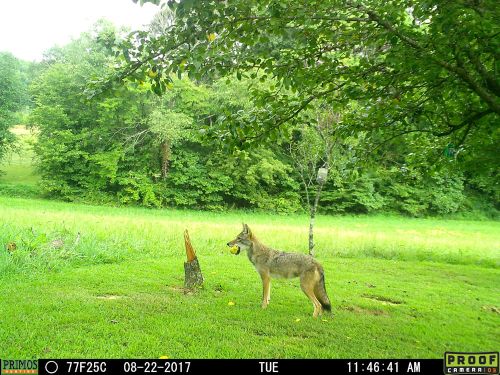 Coyote with pear. Probably taking it back to her pups. 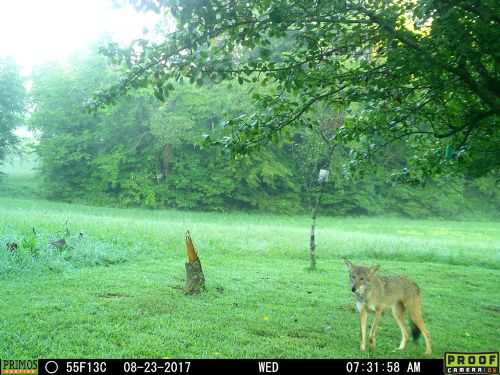 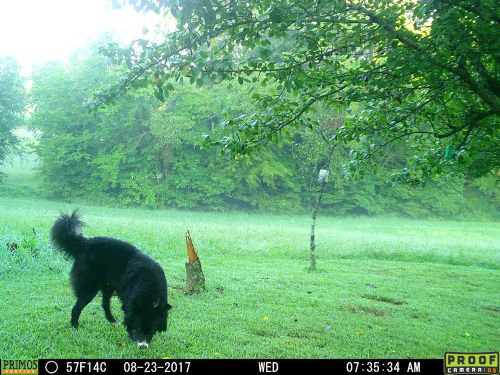 My dog sniffing around after running the coyote off this morning.

In the long run, I don’t really mind sharing.  Just leave something for me.